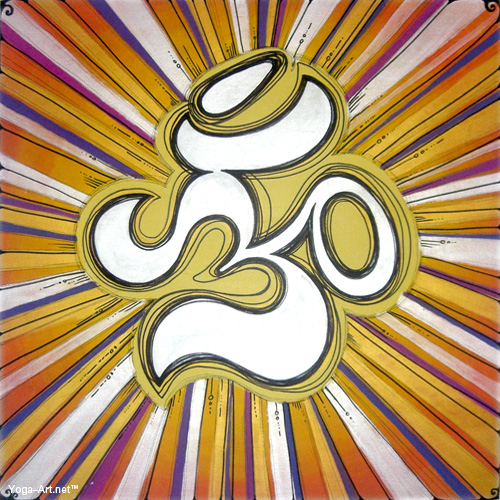 Universal symbol of Creation. Its four parts represent the four stages of consciousness: Awake, sleeping, dreaming, and the transcendental state. The sacred syllable of creation, the Word that went forth in the beginning and from which all other sounds originated. Unity between all people, creatures, and things.